Out With ‘Parenting,’ in With Child-Rearing

There is “parenting” and then there is bringing up, rearing, or raising children. The difference is night and day; so are the outcomes, short- and long-term, to all concerned, meaning every single one of us.

Parenting is what the vast majority of American parents have been doing since the early 1970s. It is constituted of putting children center-stage; paying them inordinate, often fawning attention; being in near-constant child-oriented activity; and generally behaving as if the world revolves not only around but also because of them. Parenting is arranging playdates beginning in early toddlerhood; throwing lavish birthday parties every twelve months (beginning at twelve months); asking children what they want to eat, where they want to sit, and what they want to do next; talking to them incessantly and for no apparent reason other than to talk to them; dispensing effusive praise for every little thing they do; being a playmate-on-demand; helping them with their homework; driving them from one supposedly enriching activity to another; and going to great lengths to ensure they do not experience frustration, hardship, defeat, failure, insult, rejection, unhappiness or anything else that goes along with living an authentic life.

Parenting is the vain attempt to emancipate a child who is unburdened by any problems, deficits, weaknesses, shortcomings, faults and (needless to say) is guaranteed to never make any big mistakes. Parenting is hiring tutors, elite coaches and private instructors to remediate, accelerate, and cultivate. Adults who “parent” occupy the roles of mommy and daddy nearly 24/7 until their children leave home (the when of which is anyone’s best guess).

By contrast, to raise, rear, or bring up a child is to lift said youngster out of childhood into genuine adulthood; to focus on character rather than achievement; to instill respect for others and love of neighbor (as opposed to self-esteem); to mold the emotionally-driven young child into a rational, responsible, emotionally-resilient, self-controlled adult. Parents who raise children allow their kids to experience controlled doses of frustration, hardship, etc. The parents in question also prioritize the roles of husband and wife. They are macro-managers. Their approach to child rearing is minimalistic, which is why they truly enjoy it (as do their kids).

In recent weeks, I’ve seen signs – as small as they may be – that parenting may be running its course. I’ve talked with several young parents, for example, who are patiently teaching their toddlers to walk alongside them (usually holding their hands) and not reach out and attempt to handle everything and anything that attracts their attention. This as opposed to rolling children as old as five through public places in portable thrones.

And then, lo and behold, I saw a 20-month-old child drinking out of an open cup that he was holding on his own, as 20-month-olds are perfectly capable of doing (and, therefore, should be doing). And to top it off, he was drinking water as opposed to sweetened, turquoise-colored junk. WATER! What a concept! And to top that off, he did not spill a drop because, as his proud mother told me, he’s been drinking from open cups since he was 15 months old. At the onset, he spilled, but water doesn’t stain and through trial-and-error he quickly mastered the skill. “So-called training cups train nothing but carelessness,” she said, displaying wisdom beyond her years.

The Great American Parenting Experiment has been ongoing for some fifty years now, to the benefit of no one. Child mental health is in the loo, mothers are anxious and stressed, the American marriage is but a shadow of its pre-parenting self, and many teachers spend more time dealing with entitlement-related behavior problems than teaching.

Parenting has come at a high cost to all of us. It’s time to Make Childrearing Great Again!- John Rosemond 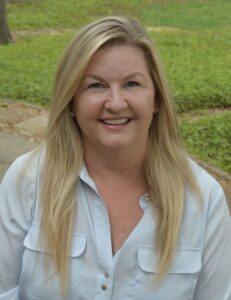